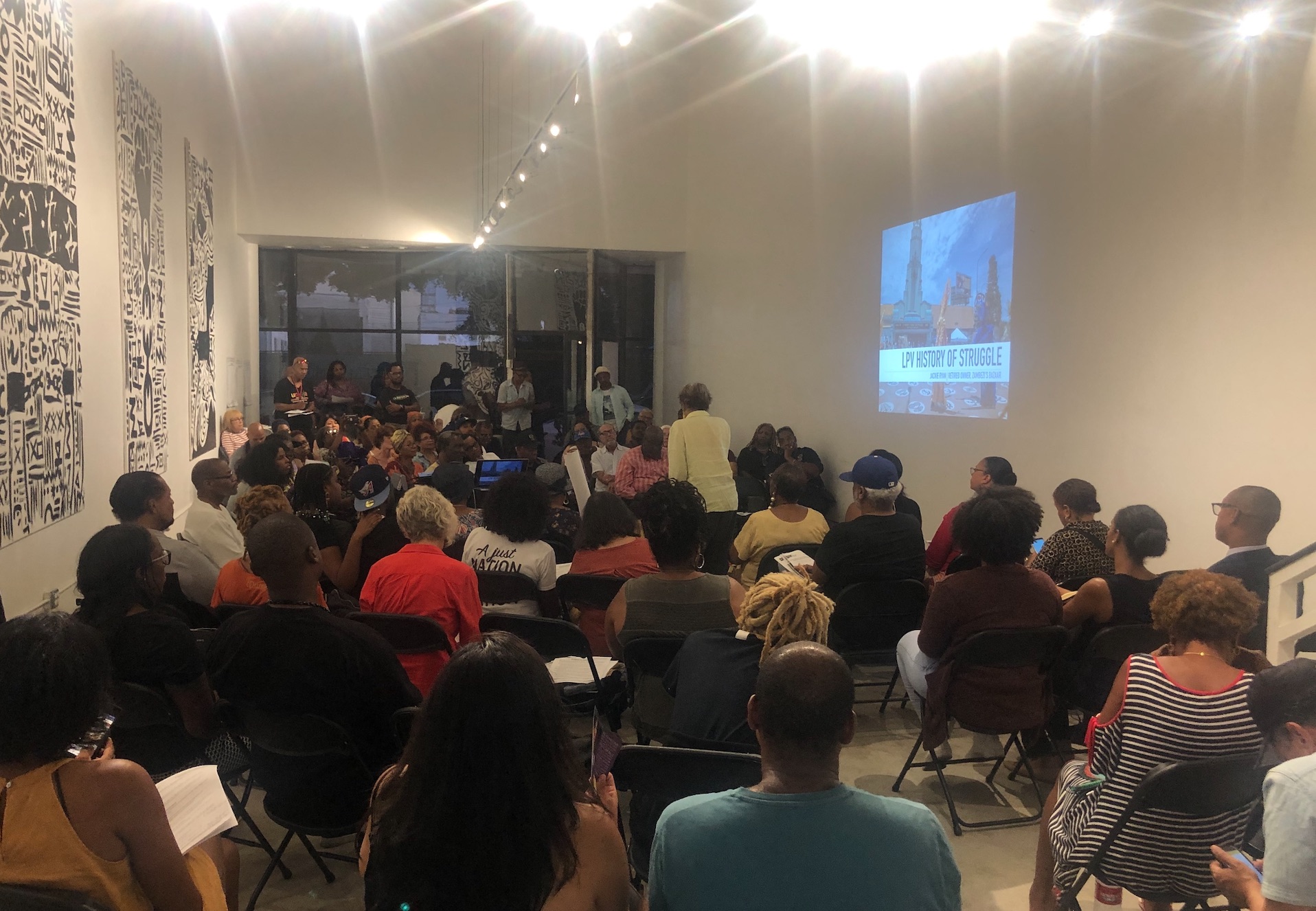 Thank you to the community that came out for the first of our five Summer of Resistance town hall series on gentrification “What the Heck is Going on in Leimert Park Village?”

The full recap and action items are below. 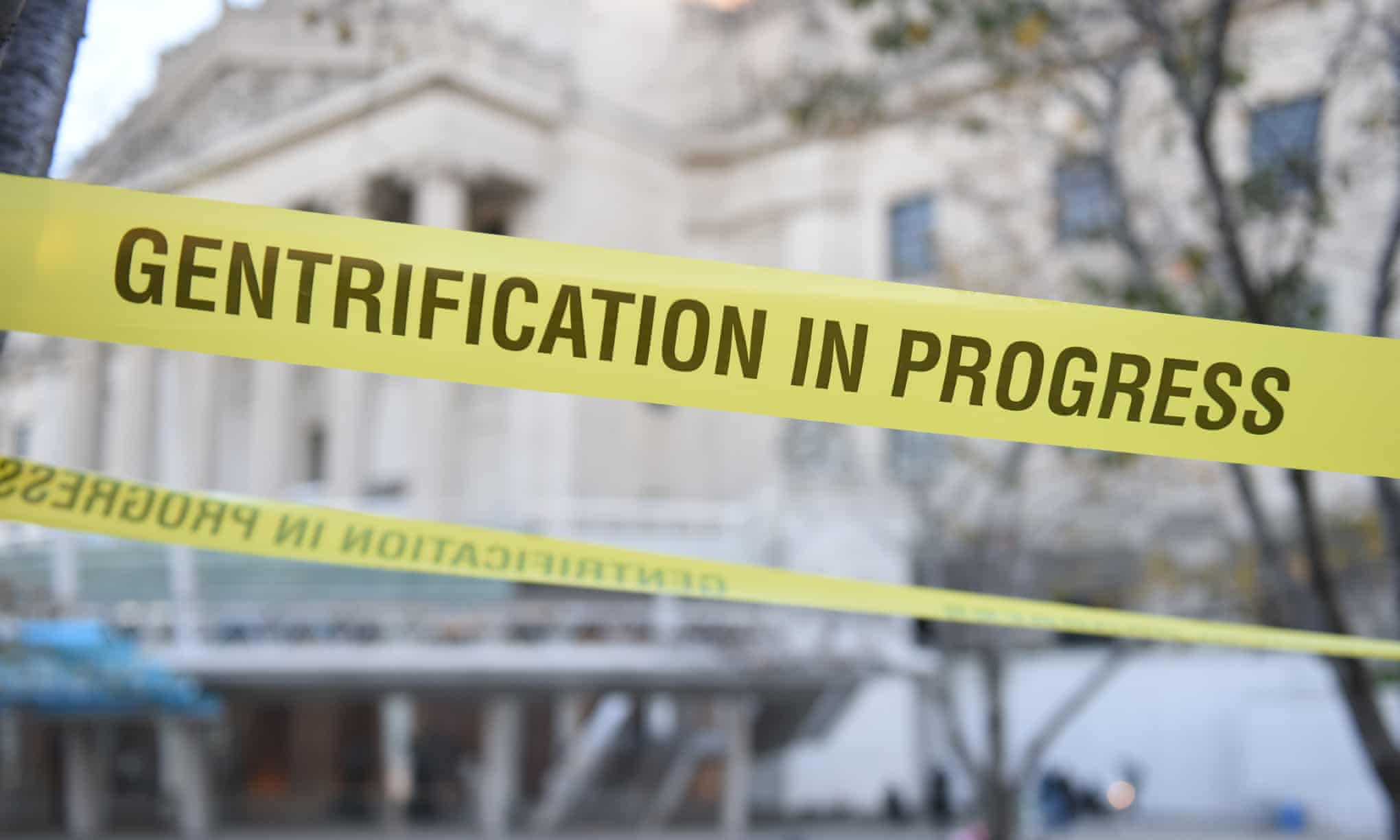 The Crenshaw community is under attack from gentrification, speculators and developers who want to profit off the community WE built and the public investments WE fought for to push us out. As housing prices go through the roof, major projects and programs are being pushed by our public agencies and politicians that intend to fast track the displacement and cultural erasure of Los Angeles' Black community.

THIS IS A CLARION CALL TO ACTION!

We are at war.

This is socio-economic-cultural warfare (even if some would like you to deny it.)

The Crenshaw Subway Coalition is leading a community education program: "Summer of Resistance: Community Town Halls on Gentrification." This series of five meetings will highlight six of the biggest most impactful projects/programs the community faces today. It is our hope that community voices, particularly the most vulnerable, will rise up and be heard, long-time freedom fighters will focus on this issue, and demands will be made for all institutional leaders and in particular our Black elected officials to "GET RIGHT OR GET TO PACKING!"

All meetings (except one) will take place at our brand new headquarters The Umoja Center in Leimert Park Village: 3347 W. 43rd Street. Each will have a central topic of conversation, but will briefly reference other topics at each. 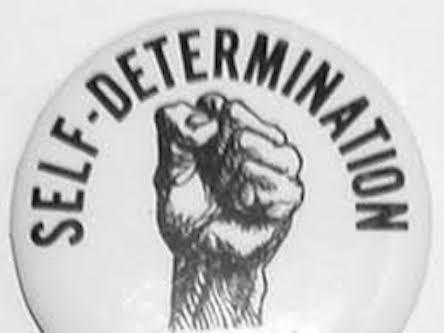 After five sessions of Gentrification 101 that involved much study and discussion to help us better understand the subject and alternative forms of economic development, the leaders of the Crenshaw Subway Coalition, Hyde Park Organizational Partnership for Empowerment and Uplift Inglewood, began a process of identifying principles of community development. It is our hope that these principles will create a lens upon which to evaluate all proposed and current development and help us as we work to articulate a vision for a better and just future for our community.

Crenshaw Subway Coalition presents these draft seven principles for consideration by Crenshaw community residents. Our principles are highly inspired by the mission of the Right to the City Alliance, Cooperation Jackson, Dudley Street Neighborhood Initiative and one of the country's leading resources for community wealth building the Democracy Collaborative.

Let us know what you think. 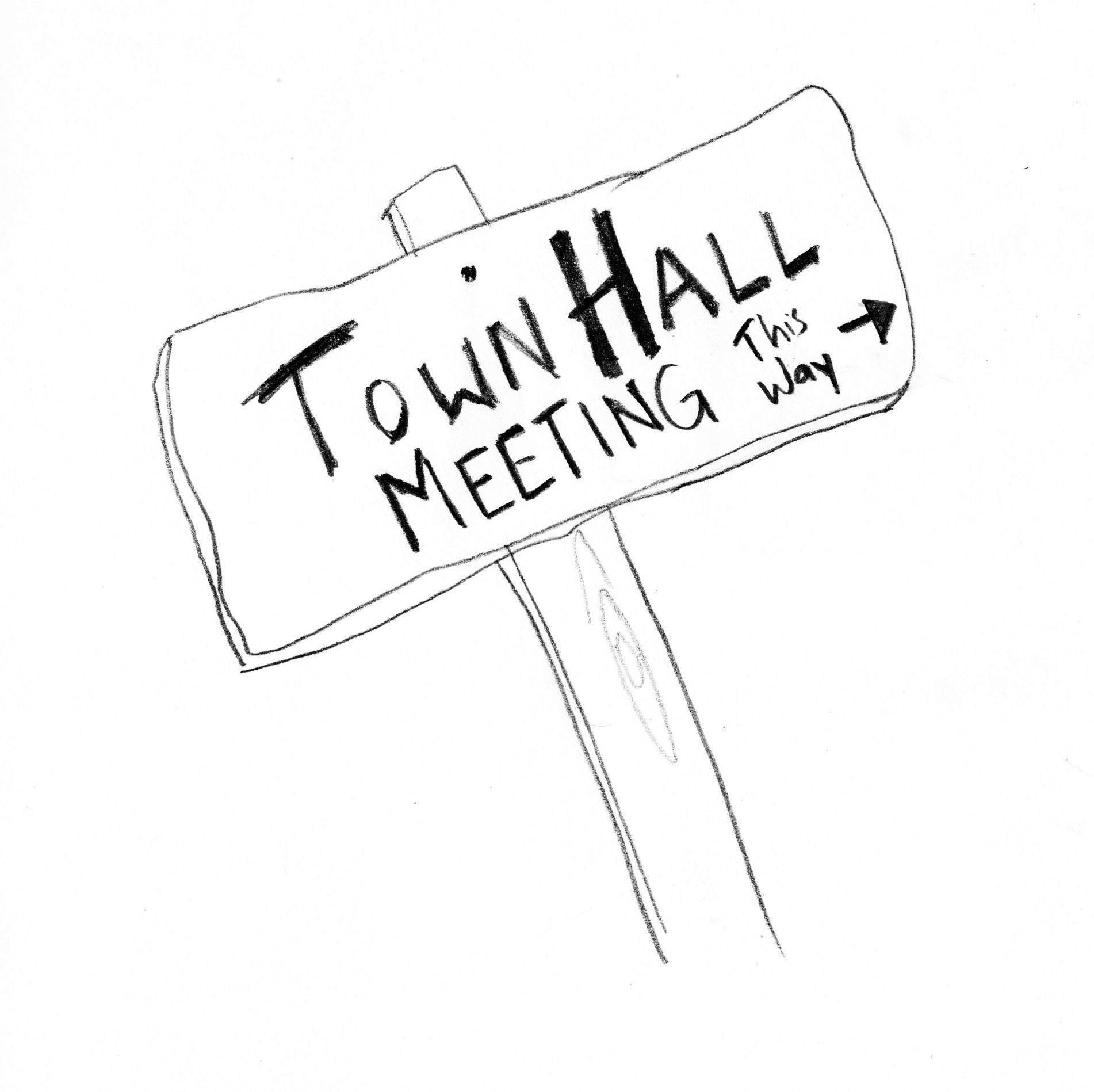 So much has happened and is happening on the Crenshaw-LAX Line. There are important new developments in our efforts to make MTA underground the rail line on Crenshaw Blvd and encourage Supervisor Mark Ridley-Thomas and Mayor Eric Garcetti to assume their roles as leaders of South LA and the city to champion the effort.

Come to tonight's meeting to receive critical information on our lawsuit in federal court that challenges the entire Crenshaw-LAX project for violating civil rights and environmental laws, because the line is proposed to built at street-level in a manner that will kill the last black business corridor in Southern California and threaten our children’s lives. Also, come hear about the challenges with the MTA’s currently selected contractor for the project, Walsh-Shea.

The second half of the meeting will be dedicated to discussing MTA's eminent domain abuse along the Crenshaw-LAX Light Rail Line. 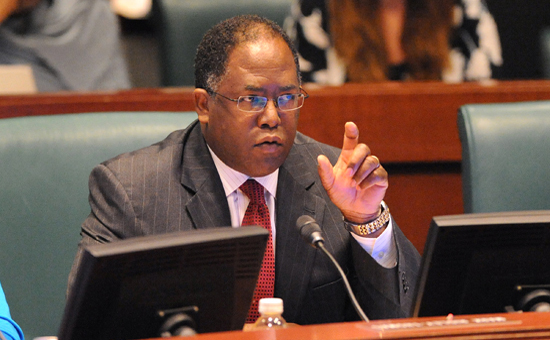 In an email today to Supervisor Mark Ridley-Thomas, we delivered the question posed by many members of the community who attended Tuesday's ceremonial groundbreaking to start construction of the Crenshaw/LAX Line. Questions remain as to whether the press event was intended to overshadow our court hearing challenging the project for violating our state's civil rights and environmental laws scheduled for February 6th.

Many thought it tragically ironic that at Tuesday's Crenshaw/LAX Line groundbreaking you literally applauded the demolition of a school to ceremonially "start construction."

The term used was "tragically ironic," because the school was on the southeast corner of Crenshaw/Exposition and is one of 6 small businesses being displaced as part of construction of the Crenshaw Line's Crenshaw/Exposition underground station. The other 5 small businesses now boarded up, fenced off and ready for the demolition crew are Yum Yum Donuts, Conroy's Flowers, Earlez Grille, Haven Burger and a laundromat.

We understand that to build a subway station portal (with elevators and escalators to go down to the future Crenshaw Line Exposition/Crenshaw subway station platform) one of the corners at Crenshaw/Exposition had to be acquired. The issue is Metro and you made the deliberate decision to displace the six small businesses on the southeast corner instead of the one gas station and probation office on the southwest corner. (See the image attached)

75% of the land on the southeast corner was/is publicly owned - it is the probation office for LA County - it is a probation office in your supervisorial district. (The other 25% is a gas station.) 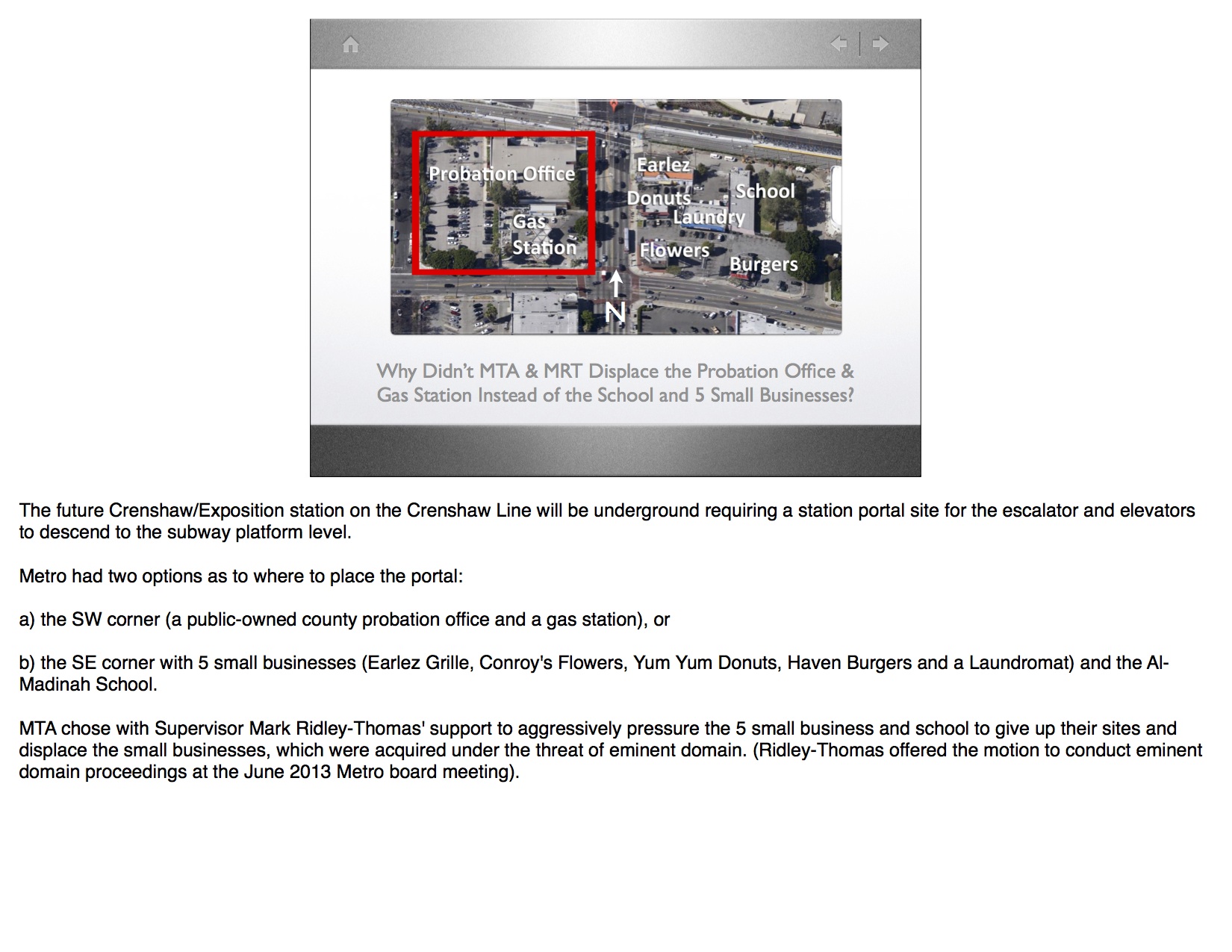 AD54 Candidates: Where Do They Stand? 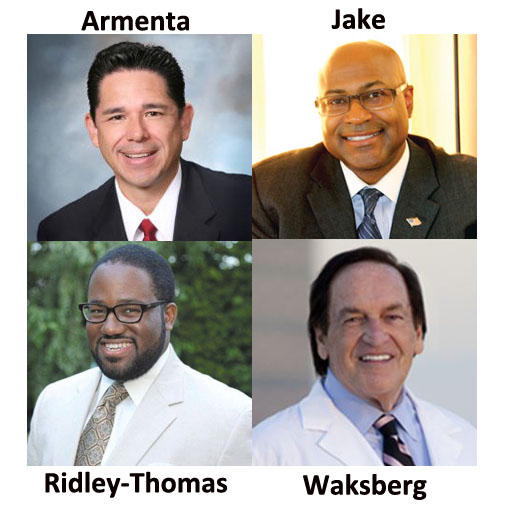 Since first elected in 2010, Holly Mitchell along with her able staff of the community’s effort to underground the rail line on Crenshaw Blvd. Those who attended the Showdown at MTA in June remember that she stood with the community, as we demanded that MTA allow the finalists for the project’s construction contract award to bid the Park Mesa Heights tunnel. (Read Mitchell’s powerful statement). While that day our request literally fell on dead ears we continue our battle. Securing the right to vote was not won overnight and neither will the battle for Crenshaw!

Now that Mitchell has elevated to the State Senate there is a vacancy in the 54th Assembly District office she previously held. The special election to fill it is tomorrow Tuesday, December 3rd. If no candidate secures 50% +1 vote, there will be a runoff on February 4th. So where do the candidates who seek to replace her stand? We submitted a questionnaire to the candidates. 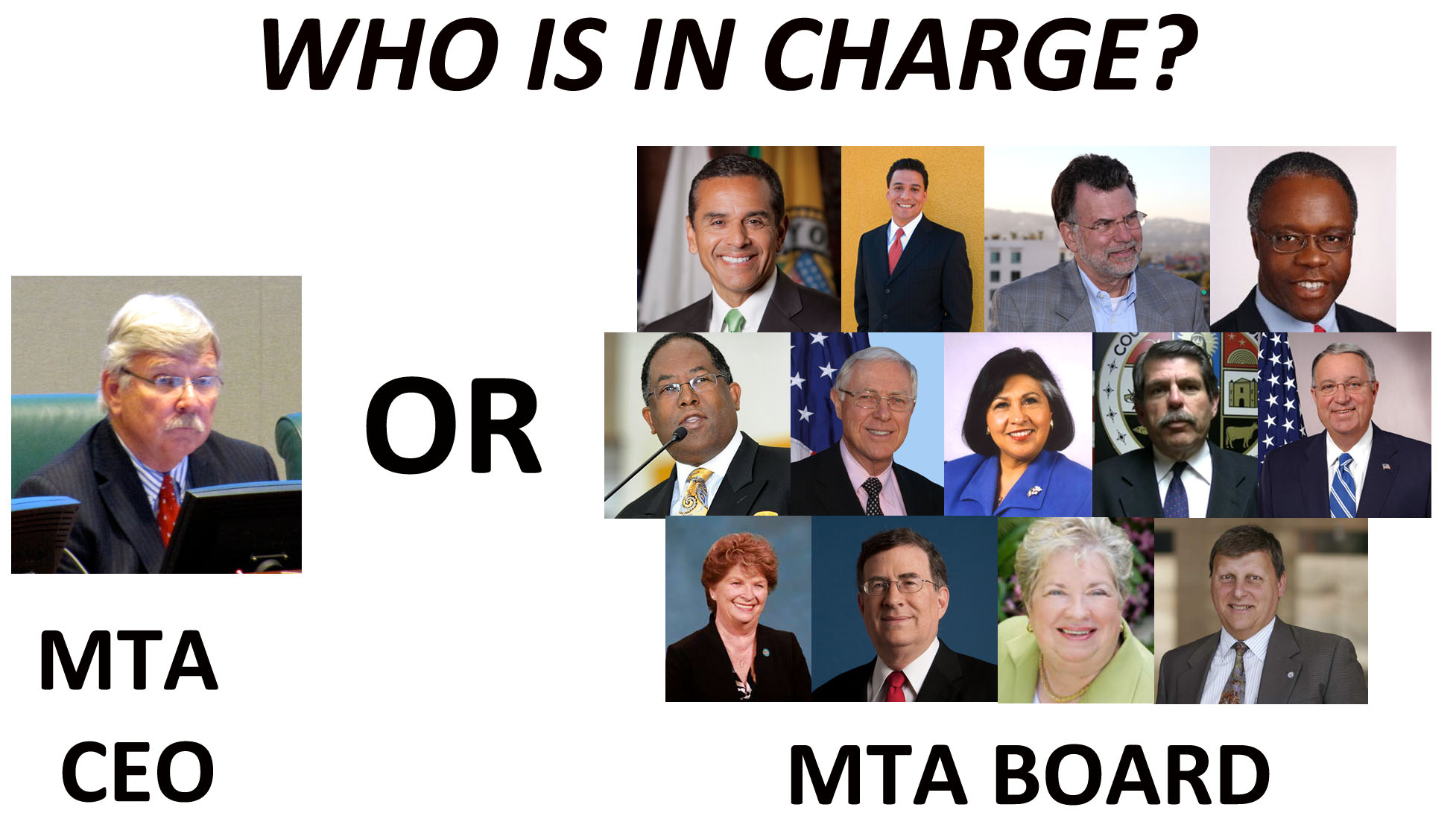 When the discussion begins at Thursday’s MTA Board meeting about the scandal surrounding the Crenshaw-LAX Line contract award, let there be no mistake about who is in charge. MTA CEO Art Leahy is NOT in charge. Nobody voted for him. Leahy works at the pleasure of the MTA Board, which includes the Mayor of the second largest city in the country, the Supervisors of the nation’s largest county, and regional representatives of all the county’s cities. Collectively, the MTA Board members have over 200 years of experience in elected office. You voted for them to represent us. 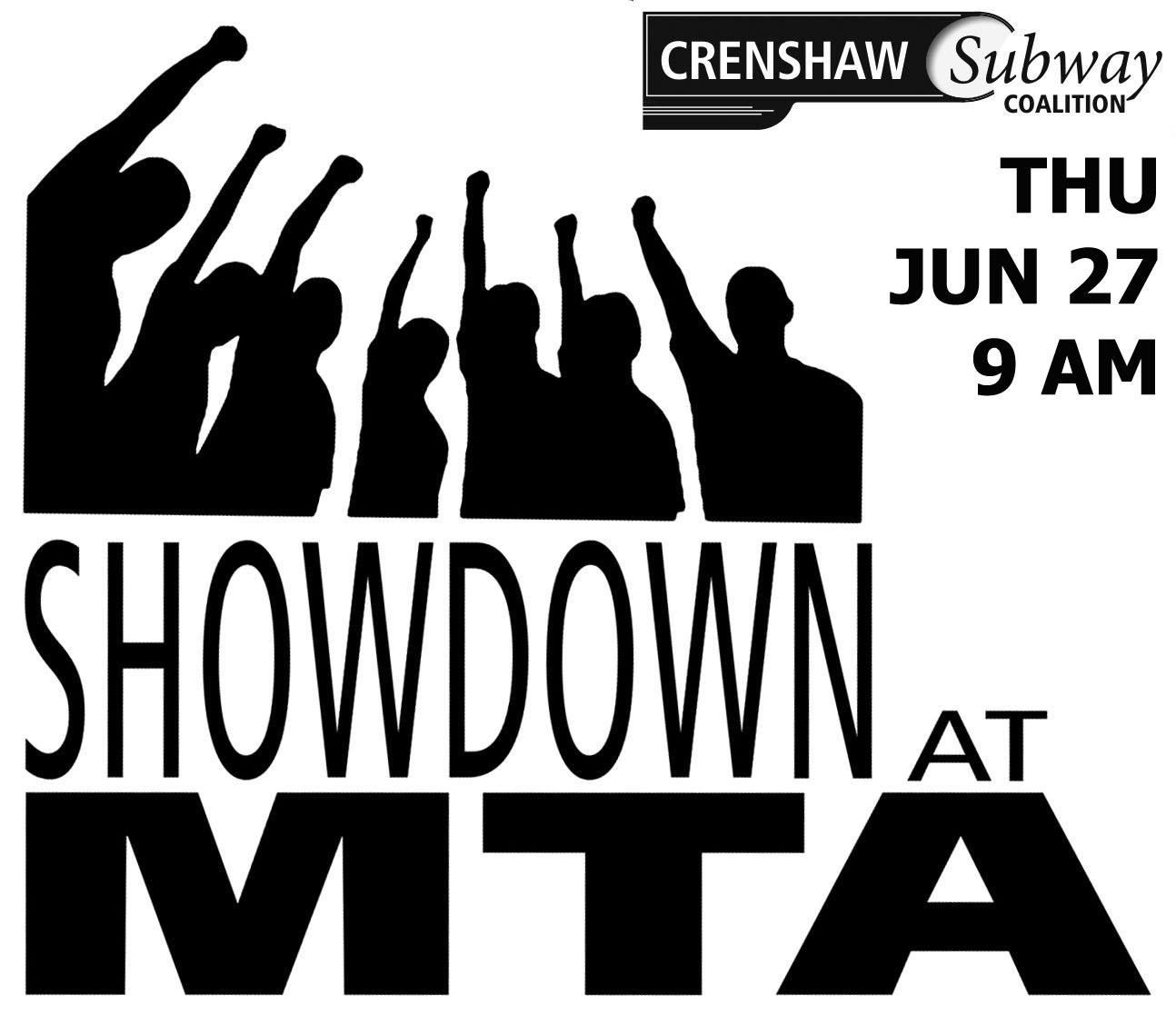 As reported previously, due to the work of the Crenshaw Subway Coalition, MTA staff now admits that 3 out of the 4 finalists for the Crenshaw-LAX Line construction contract requested to submit bids with the project built underground from 48th to 59th Street, which would resolve the last major design issue with the line on Crenshaw Blvd. In fact, one of the finalists stated that they could build the tunnel within project budget! Inexplicably, the MTA staff refused to allow the contractors, which includes the most experienced engineering companies in the world, to bid the tunnel. We can’t allow the lives of our children and hopes of the last black business corridor to be placed in peril because of some bureaucrat’s nonsensical decision! Take action now.

Fresh off delivering the Leimert Park Village station to the project, Crenshaw Subway Coalition is now bringing daylight to a scandal of massive proportions that is rocking MTA’s planned award of the Crenshaw-LAX Light Rail Line construction contract, currently scheduled to be decided on June 27.

Because of our work, MTA staff now admits that THREE OF THE FOUR finalists for the $1.3 billion construction contract requested to bid a Crenshaw-LAX Line project with a tunnel the entirety of Crenshaw Blvd – undergrounding the final 11-blocks in Park Mesa Heights, and settling the biggest point of contention and primary reason for our lawsuit.

But, in response to the requests by the engineering firms, the MTA staff, led by CEO Art Leahy, refused! 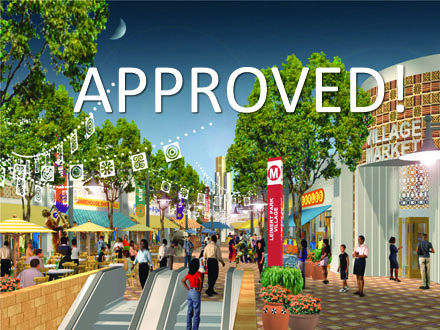 You read that right!

At today’s MTA Board meeting, by a 10-1 vote the body approved an amendment to their budget that adds a Leimert Park station to the Crenshaw-LAX Line.

This is a historic moment for our community and for our cause, (which dates back to 2008), and it was possible because of you.