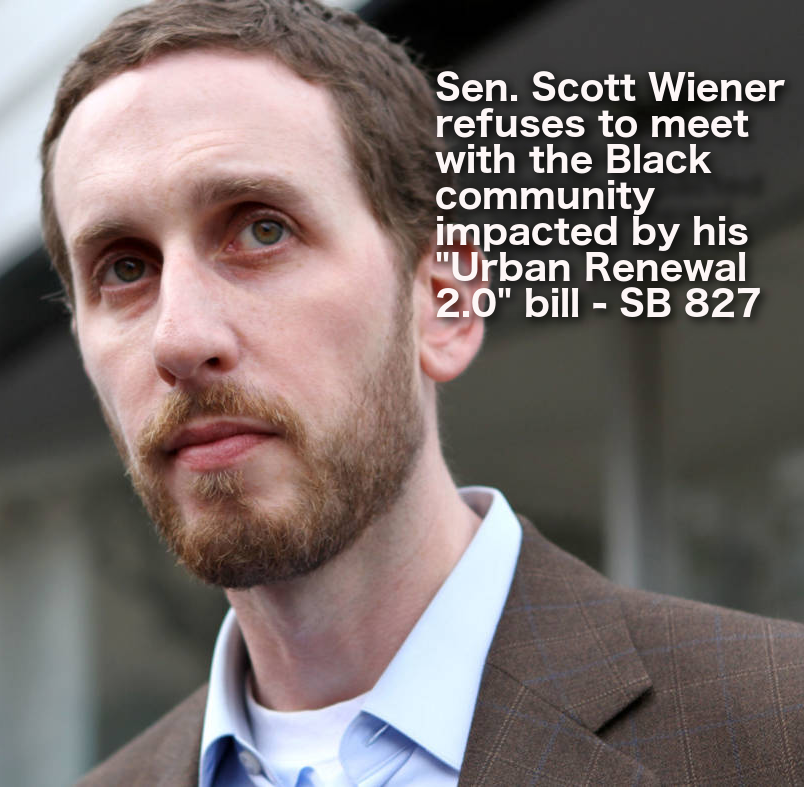 Since the moment State Senator Scott Wiener's SB 827 was announced, the real-estate industry funded astroturf YIMBY groups who wrote it have admitted that in Los Angeles while there would be a lot of change throughout the city, the biggest changes given the transit infrastructure and bus frequency would be in our community of South L.A. Here's a tweet on January 4 from one of the YIMBYS: 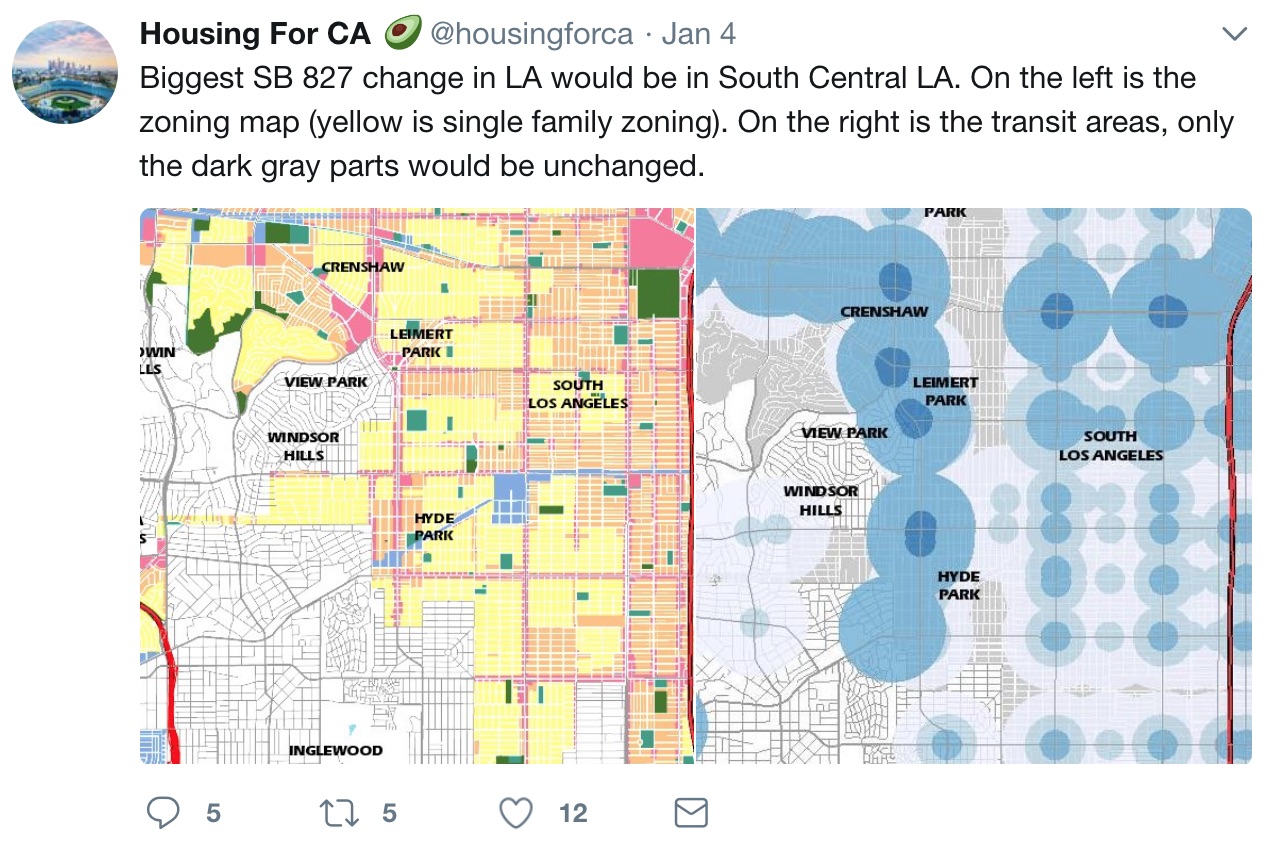 The fact that the San Francisco-based State Senator's bill would have detrimental consequences to South L.A.'s communities of color is well recognized. Even at the March 23, 2018 LA City Council Rules Committee where both Council President Herb Wesson and Councilmember Marqueece Harris-Dawson unanimously voted to oppose SB 827 (the matter now goes to full council), the City Planning Department staff stated that SB 827 had a "disproportionate impact on communities of color."

The Senator's office reached out to me on February 6th via email specifically to request a 15-20 minute one-on-one conversation to discuss the bill. It was just three days after he alleged at a town hall in his own district that the concerns that the bill would gentrify the community was limited to "one person."

After consulting local Black leaders who were similarly horrified by SB 827, and especially since he was claiming that the gentrification concerns about his bill was limited to "one person," I responded stating clearly that while I appreciated him reaching out, the coalition believed that instead of a 15 minute one-on-one conversation, he should instead come to South L.A. for a town hall co-sponsored by Crenshaw Subway Coalition, and allies - so that the Senator could hear directly from residents most impacted. I proposed for him two dates well in advance so that additional community partners could get the word out and he could arrange his schedule to join us: Tuesday, February 20 or Saturday, March 3rd.

Scott Wiener's staff initially said he would come and that they would check his schedule...and then Scott Wiener changed his mind. And it wasn't a travel issue. In fact, he was not only in L.A. on the same day. He was at a forum on this topic!!!

Instead of coming to the Crenshaw community at the invitation of Black leaders to discuss this issue with those most impacted, Scott Wiener went to a forum arranged by an ally in the Assembly at Los Angeles City College, where he and the lead professor in the letter supporting SB 827 dominating the speaking time and there was no audience interaction.

Despite the fact that L.A.C.C. is in the middle of a majority Brown community, it was obvious that little outreach had been done to the people of color living in the homes surrounding the school to attend. The forum was also very difficult to find on the campus. The traditional signs with arrows and greeting staff weren't near the campus entry points.

Upon entry what was immediately noticeable was that the room did not look like Los Angeles, let alone the racially diverse East Hollywood community: 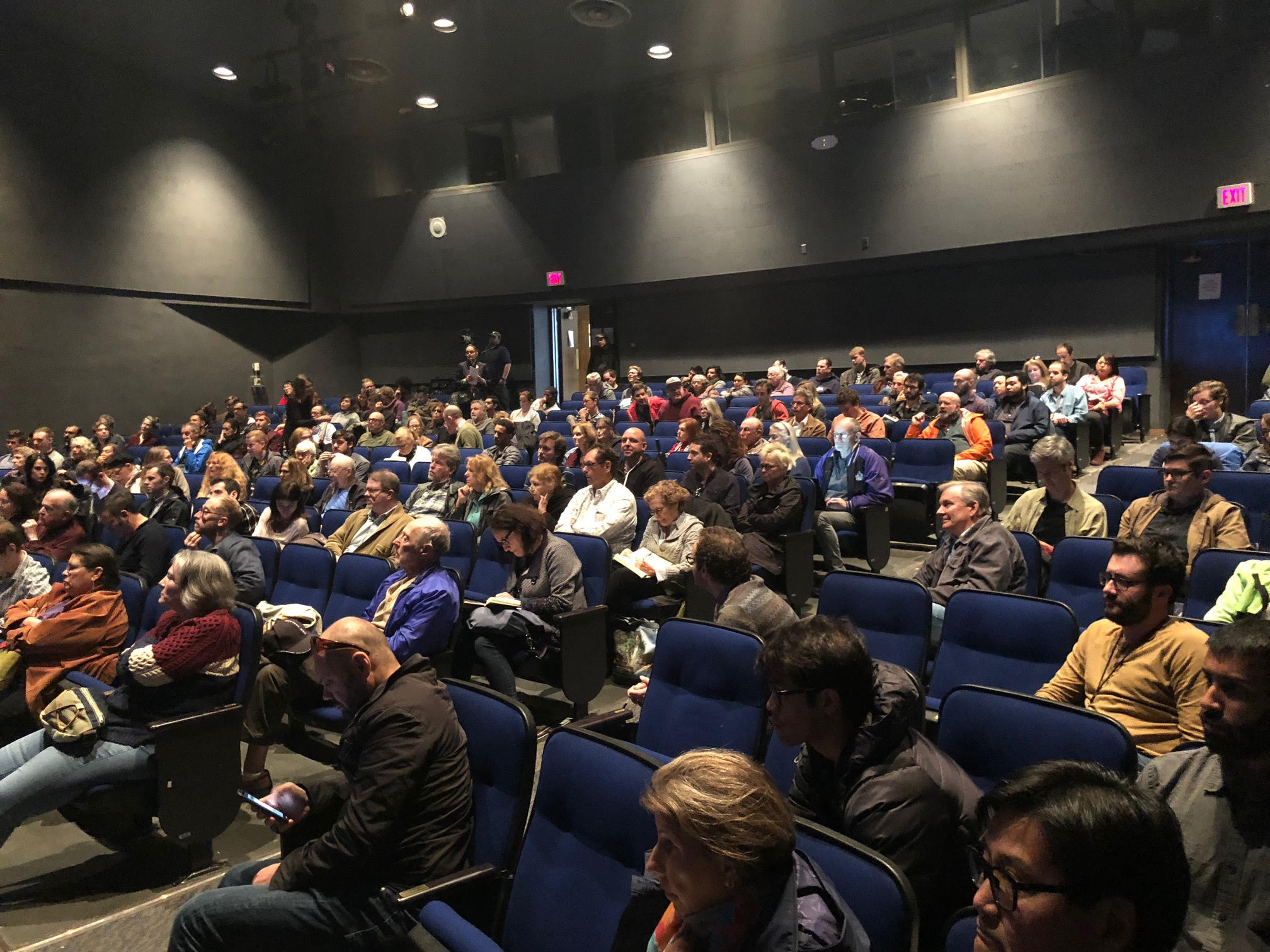 And just for reference this is what a typical Crenshaw Subway Coalition community meeting looks like: 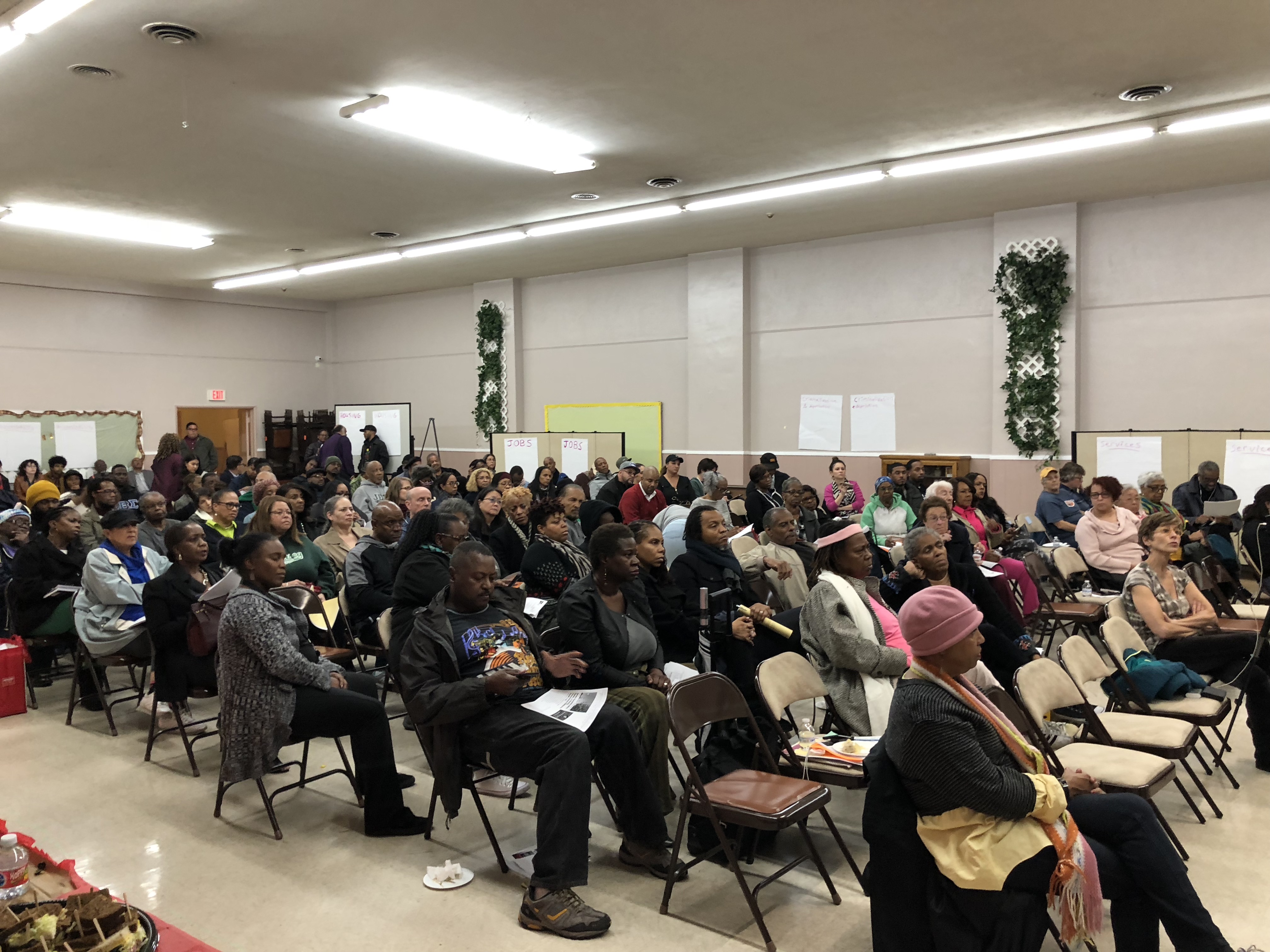 I approached the Senator afterwards to see if he would answer the invitation of leaders and come to the meeting and he still declined:

We are offended by the Senator's refusal to come to our South L.A. community that would be most impacted by his draconian Urban Renewal 2.0 bill to discuss it in front of our community, at a true town hall sponsored by our organization and allies.