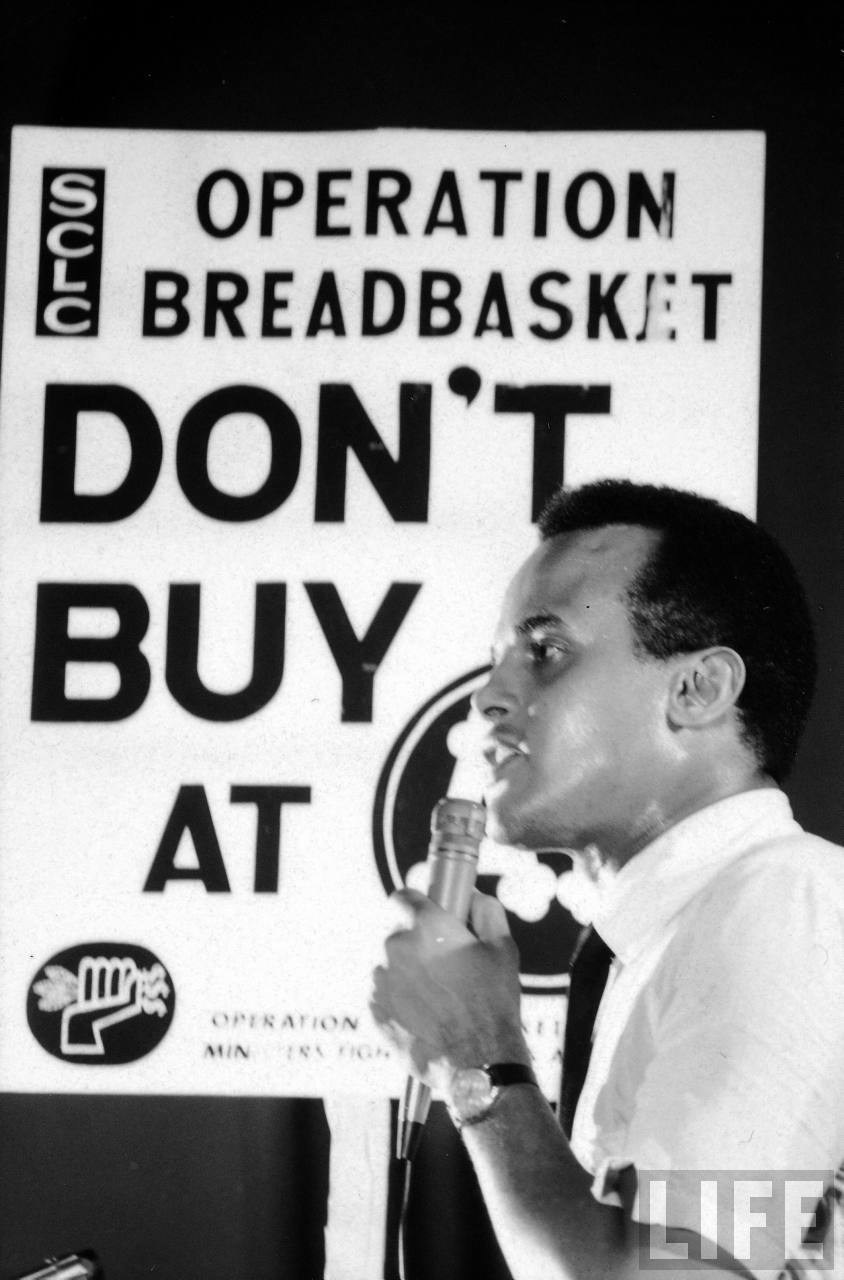 On Thursday, December 10, 2009 at 9:00 AM, the Metropolitan Transportation Authority (MTA) Board of Directors will meet to approve the first major contract of a $2 billion dollar light rail project for Crenshaw Blvd., the heart of Los Angeles’ African-American community. Your presence at this Board meeting is vital to demand:

This is the largest public works project in the history of South L.A., projected to create 7,800 jobs.

How will the residents of the Crenshaw community share in the economic benefits of this $2 billion investment? The first $10 million dollar investment by MTA offers a very disturbing answer.

MTA’s staff has proposed that a $10 million dollar conceptual engineering contract be awarded to a team that consists of no African American owned businesses, no local businesses and no residents of the Crenshaw community.

Translation: Out of the first $10 million that is being spent by our tax dollars in our community, ZERO DOLLARS will go to African American businesses or residents of our community. The team selected couldn’t even find a “token African-American” to be their public relations front!

According to the MTA staff report, over 13% of this contract will go to Anil Verma Associates, a sub-continent Asian American (Indian) architecture and engineering firm that has no experience in the Crenshaw corridor. An additional 15% of the contract will go to other small businesses, none of whom are African-American owned or located in our community and many of whom are based in Orange County.

Qualified African-American Firms are Being Passed Over

There are several eminently qualified African-American owned businesses, whose owners and employees live in the Crenshaw Community that were overlooked, including RAW International and Terry Hayes Associates, who performed all of the preliminary planning and design work on this project for over 15 years. The two firms helped keep this investment in our community alive when many elected officials from outside our community wanted to divert funds earmarked for Crenshaw to transit projects in other parts of the county, including the “Subway to the Sea” (Wilshire Blvd.) near westside Supervisor Zev Yaroslavsky’s home.

The message of this decision made by MTA staff is profoundly disturbing and should be a wake up call to our community.

What is going to happen when design and construction contracts worth over a BILLION dollars are awarded?

Who will speak up if eminently qualified African American professionals are overlooked?

The chances of local residents and local businesses participating at a meaningful level are bleak. As a community, we must ask ourselves another question: How could something this blatant happen?

The answer is simple: It happens all the time!

People from outside African-American communities across the nation come into our communities, take advantage of business opportunities, enjoy individual economic development and take money they made in our communities back into their own communities.

This cycle of sucking the economic life out of the African-American community has gone on since the days of Reconstruction. While many of our leaders have decried this practice, our community as a whole has yet to mobilize as a cohesive voice to let the powers that be know that this will no longer be tolerated.

This kind of situation would never occur in Orange County or West L.A.! These communities have a cohesive voice that prevents this kind of exclusionary practice to occur. Even in East L.A. the recently completed Eastside Light Rail project was executed by the Eastside LRT Partners, a partnership that included a prominent Latino owned firm (Barrio Planners) and a prominent African-American owned firm (Jenkins, Gales and Martinez).

Now is the Time We Stand Up & Demand the Practice End

It is time for the African American community to wake up and raise our voice as a united front.

If not on this issue, the largest public works project in the history of South L.A. down the center of Los Angeles’ African-American community, where?!

We now have the political leadership in place to insure that our voices are heard.

Since taking office last December, Supervisor Mark Ridley Thomas has worked tirelessly to insure that the Crenshaw community receives its fair share of quality transit improvements. Community groups like ours have organized to become a voice of advocacy before the MTA.

Now it is time to show up to make our voices heard by the decision makers at MTA.

On Thursday, December 10th at 9:00 AM, the MTA Board of Directors will meet to approve this first $10 million contract. It is imperative that you be present.

The way the first $10 million is spent by MTA will lay the groundwork for how our community will (or won’t) benefit in the economic investment of the Crenshaw corridor over our lifetime.

As African-Americans, rich or poor; employed or unemployed; white collar, blue collar or no collar, we are joined together by one powerful bond: the vast majority of us are descendants of slaves.

The time is now for us to embrace our bond and become a powerful and united voice for economic justice. Let’s unite to build a legacy that our children and grandchildren can be proud of.

May God bless our community.