I can guarantee you one thing: 10 years from now folk will be saying that this was the meeting that changed everything.

The proposed sale of the Crenshaw Mall caught many in the community by surprise.

We all should be concerned that any entity that has a reputation as atrocious as CIM Group would take control of the iconic commercial center of Black Los Angeles. But the story is much, much deeper.

Here’s just a few key facts, many more will be revealed in our meeting on Saturday so that we as a community can act accordingly.

But here’s the most important point: our community should not be caught between either defending a plan that was going to unleash a wave of gentrification in the community (Capri), because the plan had 90% of the units priced at market-rate, or supporting an invading foreign force (CIM) that has made clear that their plan for Crenshaw is to push us out. Now is the time for some self-determination!

Join us for lively and informative community conversation. 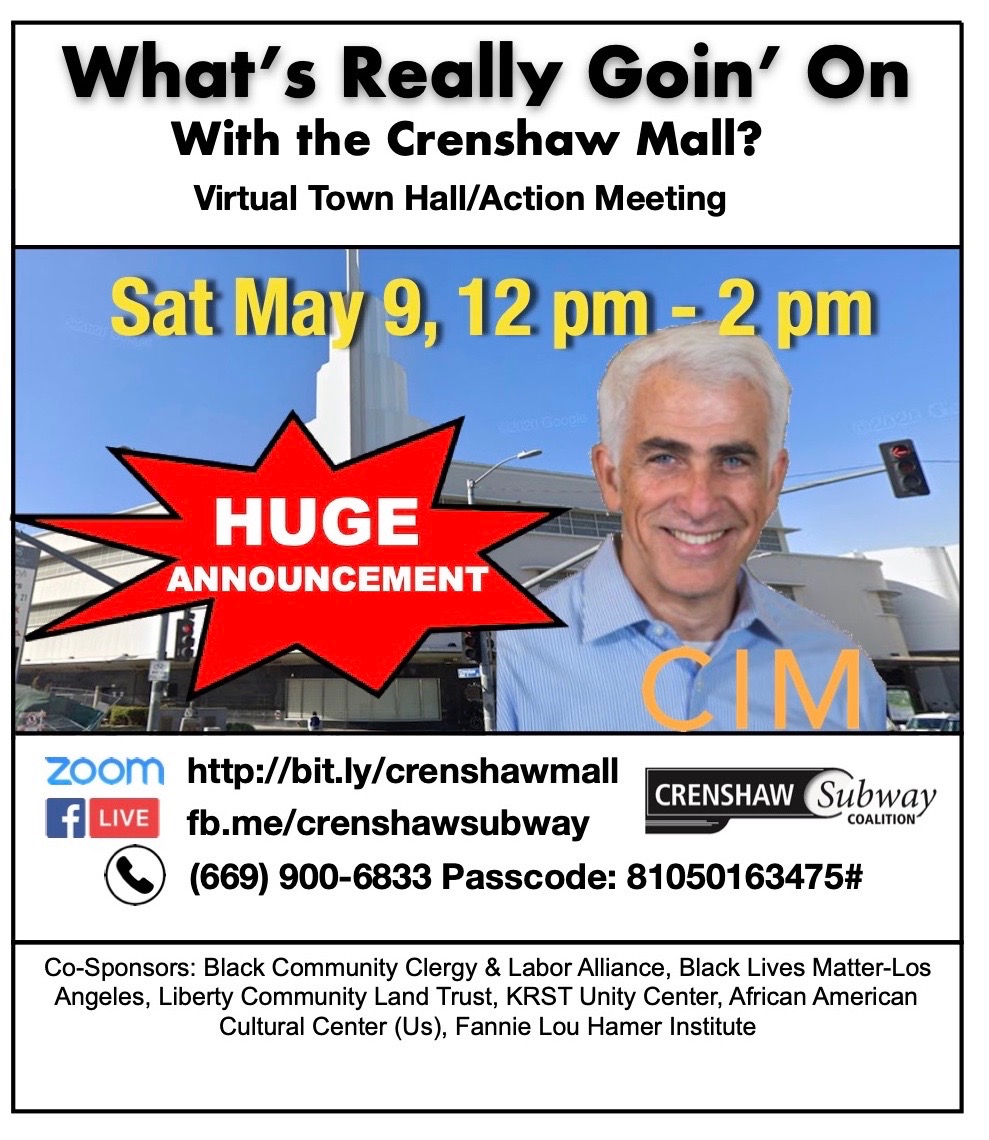