What is The People's Motion?

The People’s Motion is an effort to request the MTA simply study a tunnel in Park Mesa Heights (from 48th to 59th Streets) in the only section of the Crenshaw-LAX Line currently proposed to be built at street-level on Crenshaw Blvd. 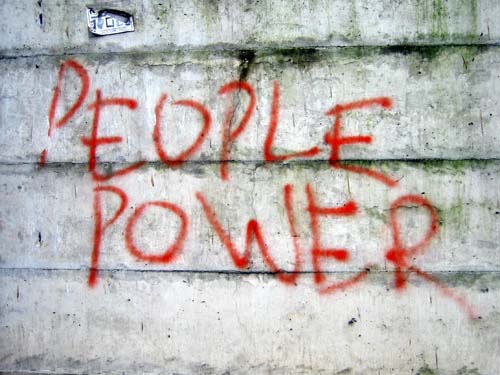 Metro has two major requirements when building a major project.

Though the Leimert Park Village station has NOT been funded by Metro it has been studied through the Environmental Impact Report. This means that if the construction firms bidding on the Crenshaw-LAX Line contract bid low enough or additional resources are identified, the station can be built as part of the project.

Comparatively, the Park Mesa Heights tunnel has NOT been environmentally cleared, meaning even if bids are low enough to integrate the tunnel into the project it still could not be built. This is major procedural hurdle that impedes all elements of our efforts, and our elected official’s attempts to make the tunnel possible.

Why “The People’s Motion” is the Solution

The People’s Motion is an effort to get MTA to simply study the Park Mesa Heights tunnel so that construction bids can be requested that integrate the option into the project.

During the May 26th discussion of the Mark Ridley-Thomas motion to fund both the Park Mesa Heights Tunnel and Leimert Park Village, Mayor Antonio Villaraigosa, who opposed adding new funds to the project, did however state that he would support such a strategy in an attempt to make the Crenshaw-LAX project the best it could be for the Crenshaw community:

“Now with respect to the undergrounding, I do not believe, and I said this in a meeting the other day, that undergrounding as proposed here is an appropriate policy decision to do, I do not believe that. But if we could do that within the amount of money here given that we’re looking at maybe 25 – 30% lower bids over the last few years, although I’m not supportive of it as a public policy decision, not every decision we make is based on public policy. So Mr. Ridley-Thomas, to direct my comments to you for a moment, if you would accept that as an amendment, hopefully friendly, I would be willing to get behind it.” –Mayor Antonio Villaraigosa May 26, 2011 MTA Board Mtg

You can listen to Mr. Villaraigosa here (mp3)

If the Mayor supports it, and if South L.A. politicians are actually committed to doing everything they can in an attempt to preserve and protect Crenshaw Blvd’s future, one would think they all would support The People’s Motion. There is little harm in simply studying the tunnel, and then asking the contractors to bid on it and asking our elected officials to find the additional resources for it.

The Full Text of “The People’s Motion”

WE THEREFORE MOVE THAT the MTA Board of Directors direct the CEO to:

1. Initiate an environmental review process to environmentally clear and immediately integrate an option for a below grade alignment between 48th Street and 59th Street on Crenshaw Blvd in the City of Los Angeles (“Park Mesa Heights Tunnel option”) in the Crenshaw-to-LAX Transit Corridor Environmental Impact Statement/Report.

a. Request of the Federal Transit Administration an expedited process to review the Park Mesa Heights Tunnel option.

2. Include the Park Mesa Heights Tunnel as a bid option during the construction procurement, i.e. bidders will propose prices for a below grade option from 48th Street to 59th Street on Crenshaw Blvd in the City of Los Angeles.