Preparing for the Showdown at MTA

Join us this Saturday at a critical organizing meeting, and the worldwide premiere of the Crenshaw Line documentary trailer by Park Mesa Heights resident and filmmaker Ted Levy. 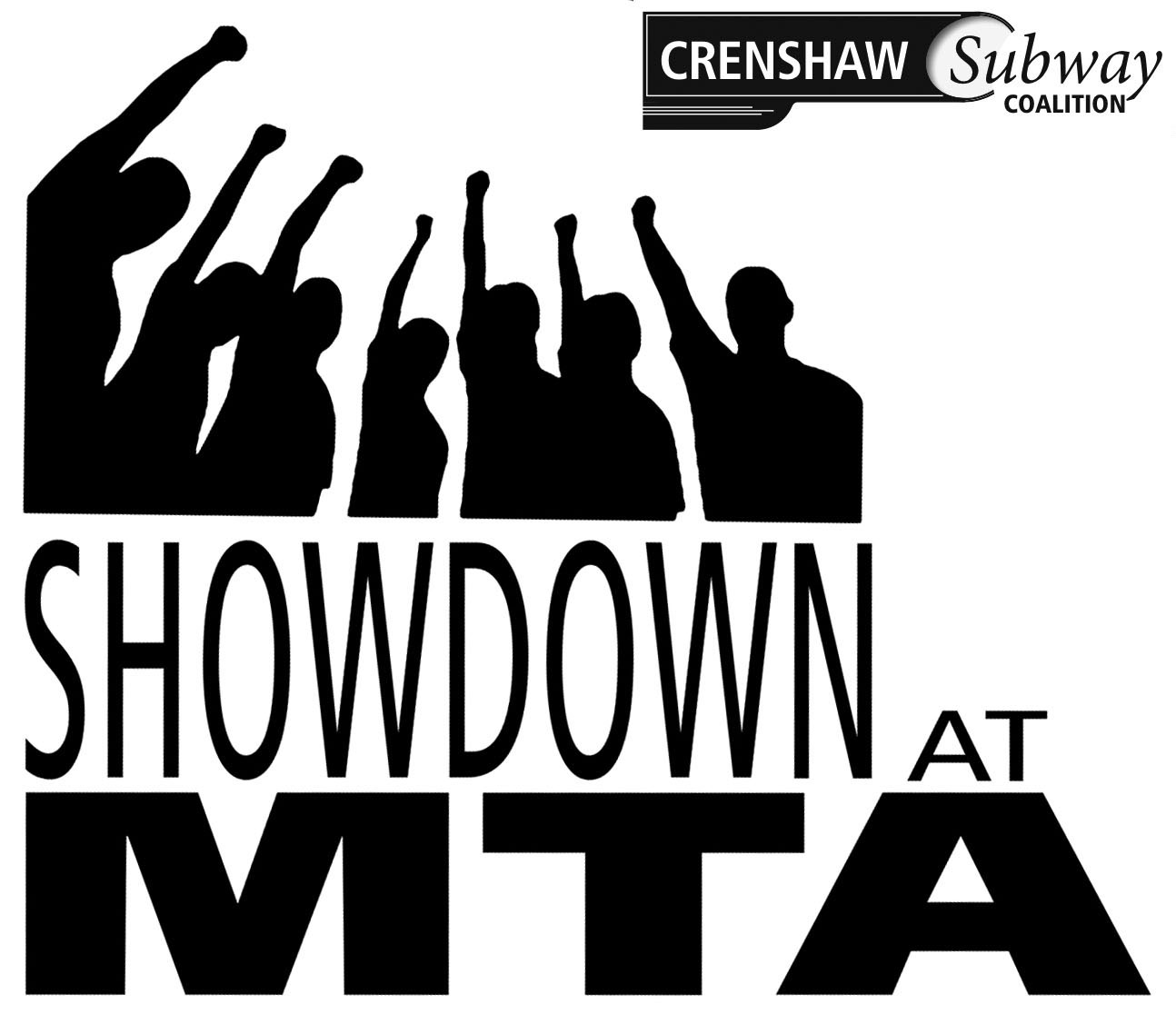 On April 26th we will be leading a coalition to the MTA Board to demand adoption of “The People’s Motion”, which will re-open the door for a tunnel in Park Mesa Heights on the Crenshaw-LAX Rail Line. (Read about “The People’s Motion”). The 11-block portion on Crenshaw Blvd from 48th Street to 59th Street is the only section of the rail line proposed to run at street-level with no gates.

The impact of a street-level design in the middle of Crenshaw Blvd would be irrevocably devastating to commerce on Los Angeles’ last black business corridor, imperil the lives of our children, and challenge our quality of life. It’s just plain wrong, and it does not have to be built this way.

“The People’s Motion” is a simple request for MTA to initiate a study of undergrounding the line for the 11-blocks. IF MTA DOES NOT COMPLETE THE STUDY THE TUNNEL COULD NEVER BE BUILT, not even if construction bids are low enough to integrate the tunnel, not even if the Obama Administration and Congress add money to the Crenshaw-LAX Line project budget.

Getting the “The People’s Motion” adopted is a critical procedural hurdle we must jump to preserve and enhance Crenshaw Blvd, and we need your support.

Park Mesa Heights resident and filmmaker Ted Levy has been hard at work putting together documentary film and clips on the Crenshaw Line. Join us Saturday as we debut the trailer for this excellent film.