Our op-ed on the local and regional importance of preserving and enhancing Los Angeles’ last African-American business corridor by placing the rail line underground in Park Mesa Heights was picked up by the LA Wave, Our Weekly and CityWatch LA. The full op-ed in the LA Wave is below. 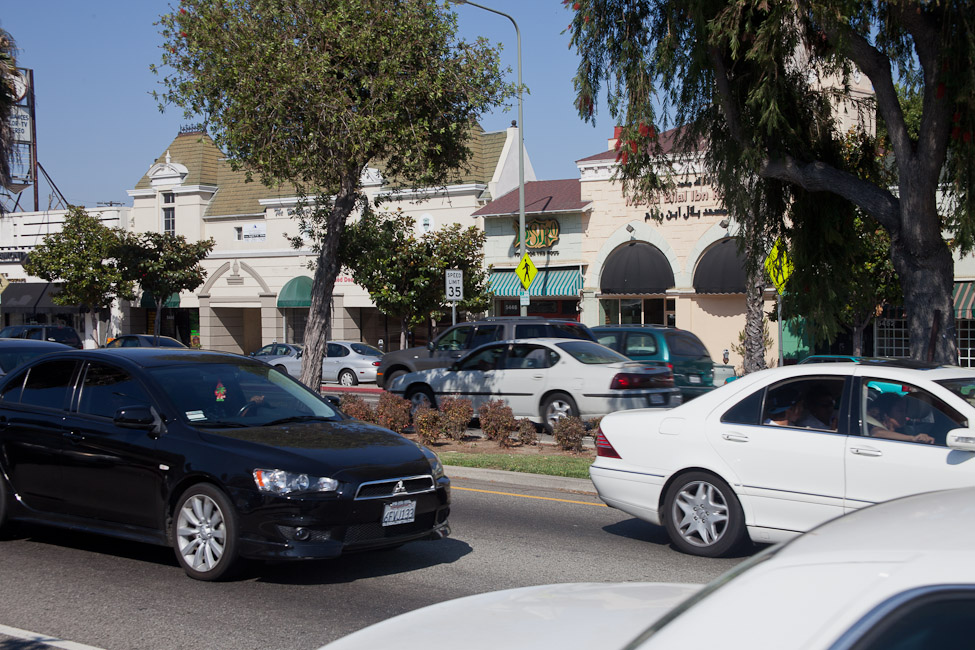 On Thursday, the MTA board of directors will be presented with an opportunity to approve Supervisor Mark Ridley-Thomas’ motion to keep the entirety of the Crenshaw-LAX Light Rail Line underground on Crenshaw Boulevard. The implications of the motion should concern every Angeleno, for the Crenshaw-LAX Line is a true regional rail project, and the Southland needs its last African-American business corridor.

The current Crenshaw-LAX project from the future Expo Line Crenshaw station to the Green Line by way of LAX is simply the first phase of perhaps the most significant north-south rail project for our region.

Just consider the Crenshaw-LAX Line extensions that have recently finished study or are currently under study, and one can view a rail line that soon after completion would produce the highest ridership of any light rail line in the country.

To the south, MTA has dedicated funding to extend the line deep into the South Bay to Torrance, along a route that parallels the 405 Freeway. Studies have been conducted to take the line even further south into San Pedro or Long Beach.

To the north, preliminary studies have been completed to extend the line to Wilshire to connect with the Subway to the Sea. Also, last year, MTA planning resources were dedicated to studying an extension of the line beyond Wilshire to the Hollywood/Highland Red Line station by way of West Hollywood (a project that is known as the Pink Line.)

Hollywood, West Hollywood, Miracle Mile, Mid-City, Crenshaw District, Inglewood, Westchester, El Segundo, Redondo Beach and Torrance all connected by one rail line to LAX, a line that would have transfer stations with four of the five east-west MTA rail lines. The implications to the MTA system and region as a whole are huge.

In the South Bay, the line would provide an alternative to the I-405 freeway. And in the north from Hollywood to the Expo Line, the line would have a total monopoly on high-speed transportation, because it would be 100% underground permitting trains to travel 55 mph between stations in a section of our region that has no freeway option. The result: Hollywood to LAX in a little over 30 minutes.

The only impediment to fast, reliable rail service for this entire line is the median street-running segment in Park Mesa Heights from 48th Street to 59th Street. The regional line, serving Southern California’s air traffic hub, would have to compete with an already overburdened roadway. Over 60,000 cars per day travel this portion of Crenshaw Boulevard, and at the major intersection of Slauson/Crenshaw, MTA’s own studies reveal that rush hour congestion is at its worst possible level (Level of Service “F”) and cannot be improved with a street-level crossing.

From 48th Street to 59th street, the train would have to stop at signals and travel with no crossing gates. Of the nearly 900 accidents on MTA’s street-level Blue Line, America’s deadliest light rail line, 76 percent of all accidents and 92 percent of all vehicular accidents are at crossings with no gates.
If one of the goals of the public investment is to convince travelers that they can make their flights on time by “Go[ing] Metro” — that they need not clog the city streets and 405 to get to LAX — surely it is wise to avoid designs that are known to be problematic and create significant delays to passengers.

The historic African-American Crenshaw corridor has been waiting for its rebirth since at least the civil unrest of 1992. There have been piecemeal public and private investments, but none so singularly significant as the Crenshaw-LAX light rail project. At $1.7 billion, it is the largest public works project in the history of South Los Angeles.

In spite of all the challenges, Crenshaw merchants are still standing. In the Park Mesa Heights community institutions like Dulan’s, Nobody Jones Boutique, Crenshaw Yoga and Margarita’s Café remain, if in the case of some, only by the skin of their teeth.

Ridley-Thomas’ motion would connect the two underground portions of the rail line, avoiding the safety hazards and business impacts of a street-level design between 48th Street to 59th Street in Park Mesa Heights.

To fit street-level tracks on Crenshaw in Park Mesa Heights, MTA would impose a variety of roadway changes that would transform the boulevard, which currently features pedestrian-friendly designs (coupled with a specific plan that requires new buildings to be built in a manner that is pedestrian-oriented) into a highway that is far more auto-centric.

MTA’s street-level plan would make it harder for patrons to walk and drive to the mostly black-owned small businesses. The median lined with mature trees that contribute to Crenshaw Boulevard’s scenic highway status would be wiped out, available parking would be cut in half, and left turns at multiple intersections would be eliminated along with mid-block pedestrian crossings. A tremendous economic revitalization opportunity would be hampered. And the impact on current business with 4-5 long years of street-level construction is daunting.

It would be a death to the last African-American business corridor in Southern California.

The plight of the Crenshaw business community should concern us all. If Los Angeles is a salad bowl filled with a mixture of cultures from throughout the world, Crenshaw must be the dressing. Our region should no more welcome the destruction of the Crenshaw business community than it should Little Tokyo or Chinatown. Crenshaw is as much a part of our unique identity as a multicultural city, as any other ethnic center. We must both preserve it and enhance it with the Crenshaw-LAX Light Rail Line.

The Crenshaw community is ready for the rebirth that will occur if MTA builds the Park Mesa Heights tunnel. With it will come not just a preserved cultural destination and better public transit, but also a stronger tax base for the region.

Goodmon is chair of the Crenshaw Subway Coalition [] and coordinator of the Fix Expo Campaign.

(The image is by Park Mesa Heights resident York Knowlton)

(Link to the Citywatch LA article.)