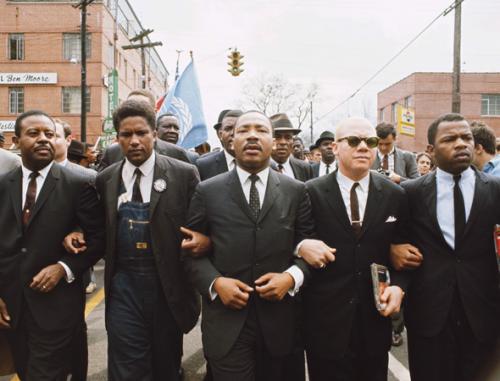 Last month, Thandi Chimurenga of the new CyberGround Railroad, an e-publication focusing on Black Los Angeles run by African-American activist reporters, questioned the seriousness of modern day social activist movements in the context of our statement that we would stop construction of the Crenshaw-LAX line if people of the community are not guaranteed a small percentage of the construction jobs — just 30%. (As an organization, Crenshaw Subway Coalition has called for a local hire requirement of 40% and a goal of 50%). It’s an important question and provides us the opportunity to discuss the seriousness of our organization in protecting the future of Crenshaw Blvd.

We at the Crenshaw Subway Coalition are amazingly transparent in our actions for a reason: complying with the demands of the Crenshaw community is not easy, we don’t pretend it is, but it is very possible. The fact is it is more challenging to get decision-makers to adhere to the demands of the Crenshaw community (on this issue and others) than it is for them to adhere to the demands of other areas, because of the socio-economic conditions and political dynamics of our region. This is reflected on the Metro board. Thus, when the community’s demands are not met, the actions necessary in response are by default considered significant and bold. They are disrupting an existing power balance.

We don’t make Johnnie-come-lately complaints, and we are not knee-jerk reactionary. Rather our actions are the product of long-term strategic advocacy and they are often a response to the failure of decision-makers to comply to demands, despite being made early and clearly.

For four years, we have articulated not only what is right, but what has been said by stakeholders in our community: the Crenshaw-LAX line should be built, but it must be built entirely underground on Crenshaw Blvd and have a station at Leimert Park Village.

When the line only had 0.6 mile of the 3 mile portion on Crenshaw Blvd underground and no Leimert Park Village station, we made this demand.

When the line only had 1.2 mile of the 3 mile portion on Crenshaw Blvd underground and no Leimert Park Village station, we made this demand.

And as the line now has 0.9 mile of the 3 mile portion on Crenshaw Blvd at street-level and no guaranteed station at Leimert Park Village, we continue to make this demand.

The Crenshaw Subway Coalition, as a part of the Fix Expo Campaign, began singing this tune at a time when only a few influential organizations and people could be found discussing this major issue – the largest public works project in the history of South L.A., which will impact the last major African-American business corridor in the Western United Station for the next 100 years. But eventually, through a lot of leg work, dozens of meetings, and a willing representative on the MTA board, the broad and powerful choir has been created and unheard of unity has been found.

It was apparent in their actions at the May 26th MTA board meeting that the decision-makers are not willing to cede to our community’s demand, in large part because they don’t consider the need. Thus, we must take the discussion to a higher level – to the courts, in part because, firstly MTA is breaking the law (and the unacceptable current design is a product of such) and it is the natural progressive action given the circumstances under which we must operate.

We will not turn back now, after 4 years of advocacy work. By now, that much is clear to MTA. Why others could possibly expect us to is the question.