How We Win the Battle for Crenshaw

Join us this Thursday as we unveil our strategy on how we win the battle for a Crenshaw-LAX Light Rail Line that is built completely underground on Crenshaw Blvd and with a station in Leimert Park Village. With important deadlines quickly approaching, this will be our most important meeting yet. We’re going to need you to show up and bring your creative energy.

For the Crenshaw Subway Coalition & Fix Expo Campaign, everything is on the table: legal challenges, political pressure, public demonstrations, etc. For four years, we have led the community voice that has loudly proclaimed that MTA not repeat the same Expo Line mistakes on Crenshaw-LAX Line. At stake is the last African-American business corridor in all of Southern California and the center of African-American culture. We have come too far as people of color, and a society that values multi-culturalism to surrender. And so we roll up our sleeves and prepare to do the heavy lifting needed to succeed.

Mayor Responds to Question “Does He Support Crenshaw?”: NO! 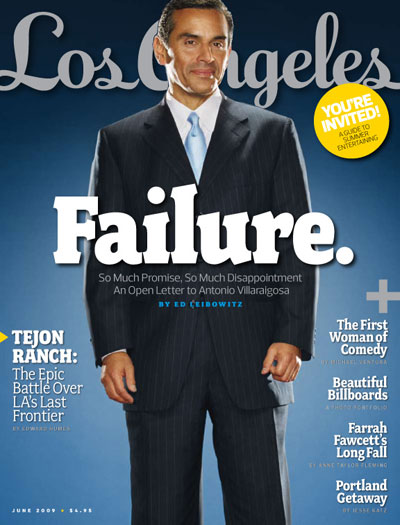 With South Los Angeles communities of faith, residents and elected officials united from top to bottom, the one local politician elected to represent the Crenshaw community we needed to actually tip the scale in our favor for the Park Mesa Heights tunnel and Leimert Park Village station was not there for us.

Attendees of the May 26th MTA meeting saw Antonio Villaraigosa unleash a premeditated attack on not just the Crenshaw community and Ridley-Thomas motion, but the Crenshaw-LAX Line project as a whole, through the cynical use of his two appointees right-wing Republican Mel Wilson and former San Fernando Valley politician Richard Katz. Villaraigosa’s third appointee Jose Huizar stood conspiculously silent throughout the debate, but voted the way Mayor Villaraigosa told him: against the motion. Huizar, who has greater political ambitions than either Wilson or Katz, may believe that his silence will spare him in future endeavors, but influential members of the public said the trick would not work. “Actions speak louder than words.” Other attendees said, Supervisor Zev Yaroslavsky, who has been sticking it to East LA and South LA communities for years, better not dare come looking for a vote for Mayor in 2013 south of the 10 freeway.