MTA is Trying to Speed Up the Game Clock 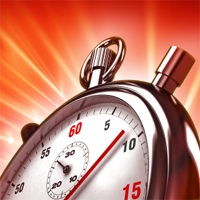 (Forgive the incredibly short notice, but we are in part responding to MTA’s unprecedented attempt to vote to approve the project 7 weeks sooner than legally permissible.)

Attendees of our June 30th meeting were first informed of two elements of our multi-faceted strategy to win the battle with MTA for an underground Leimert Park Village station and subway on Crenshaw Blvd:

At tonight’s community meeting we will further explain the legal basis for a lawsuit, in particular the California Environmental Quality Act (CEQA) that MTA is violating.

The importance of tonight’s meeting increased a few days ago when it was revealed that MTA is attempting to “speed up the game clock” and approve the project at their August 4 board meeting as opposed to their September 22 board meeting. (After MTA approves the project, the window of opportunity to file a CEQA lawsuit is JUST 30 DAYS.)

In our review of every other transit study of similar nature over the past decade, MTA provided a 30 day public review period and multiple community meetings after the final project document was released to provide citizens an opportunity to, at the very least, go on the record to express their concerns. There are even federal requirements for a 30 day public review period. And yet as of this morning, just 17 days from August 4, MTA still has not released the final project document for review. They haven’t even given it to the elected officials or fellow public agencies!

This is just the latest greatest display of disrespect of our community and egregious violation by MTA and partially why we believe that a legal challenge is key to our victory. It will make MTA more likely to concede the Leimert Park Village station and Park Mesa Heights tunnel. As was clear in the lead up to the May 26th MTA board vote. MTA has the money to build the project the way the community desires, they just currently lack the will. Simply, MTA’s draft document is legally flawed, the basis for Metro staff, Mayor Villaraigosa and wanna-be Mayor Zev Yaroslavsky’s opposition to the Leimert Park Village station and Park Mesa Heights tunnel is flawed, and if MTA had conducted a proper environmental study both designs would be in the project.

There will be more to come after tonight’s meeting, but for now, please hear our urgent appeal for generous donations so that we can fund a legal challenge. Lawyers are interested, but because this type of law is a true specialty – there will be costs.

The leaders of the Crenshaw Subway Coalition and Fix Expo Campaign have adopted as a policy to only ask the community for financial support when we need it – and now is that time.

As has become clear both in our fight with MTA on the Expo Line crossing at Dorsey High School and in other project fights with MTA by other communities, the agency/board does not begin taking communities seriously until lawyers get involved.

A CEQA lawsuit is the stick we need to accompany the carrot in our battle with MTA on the Crenshaw-LAX Line.

Please send your donations to:

ANY donation is greatly appreciated, but generous donations are much needed. Checks can also be hand delivered at our meeting tonight, or you can make a secure online payment with your debit card or credit card via PayPal at www.CrenshawSubway.org

Please excuse our down time as we upgrade the FixExpo.org website and create a new CrenshawSubway.org website to take both campaigns into the next stage of progress. In the interim you can receive frequent updates by becoming a Fan of our Facebook page and following us on Twitter. That’s also where we will first announce the launch of the new sites, and where we first announce our community meetings.