We came in busloads and caravans. We came in numbers so great that the MTA had to open up their overflow room. Hundreds of us descended upon the MTA board meeting and we walked away with a major battle victory: the MTA Board UNANIMOUSLY approved the Ridley-Thomas motion to study a full Crenshaw Blvd. subway. (LA Times article)

For the first time in the history of the current process, MTA will now conduct a study and identify a funding strategy to keep the entire Crenshaw Blvd portion of the Crenshaw-LAX Line in a subway. A full Crenshaw Blvd. subway would allow our children, elderly and the public at-large to walk/drive across the street without having to negotiate with 225-ton trains, preserve over 200 parking spaces crucial to the commerce of local small businesses, provide some basic equity to the system, and reduce the travel time of the train ride by 25% (from Jefferson Park to the future LAX people mover in just 15 minutes – faster than cars!).

THANK YOU AND CONGRATULATIONS TO ALL, and to SUPERVISOR MARK RIDLEY-THOMAS!

How Did We Do It?

It began as lead member organizations of the Fix Expo Campaign attended MTA Crenshaw Line meetings early in the process (2007) and submitted comments requesting an underground light rail. We diligently followed the process for the next two years, consistently articulating an underground alignment and, procedurally, keeping underground options on the table so that they could be environmentally cleared, a crucial requirement.

In October ‘09, when the MTA released the draft study for public comment, over 100 of us attended the hearings in our community at West Angeles and Transfiguration Church, and we flooded the MTA staff with comment forms and emails (not just petitions) with a strategically-focused message requesting a subway in the section that, at the time, had no underground option (48th to 59th Streets). Our numbers were so large and consistent that MTA staff recognized it in their staff report to the board.

We spent the month of November pushing the issue on the streets, in the papers and through the airwaves. Our elected officials, many of whom we established relationships with through our Fix Expo advocacy, took note and each of them, from City Hall to Sacramento to Washington D.C. similarly requested that the entirety of the line on Crenshaw Blvd be built in a subway, citing community requests. 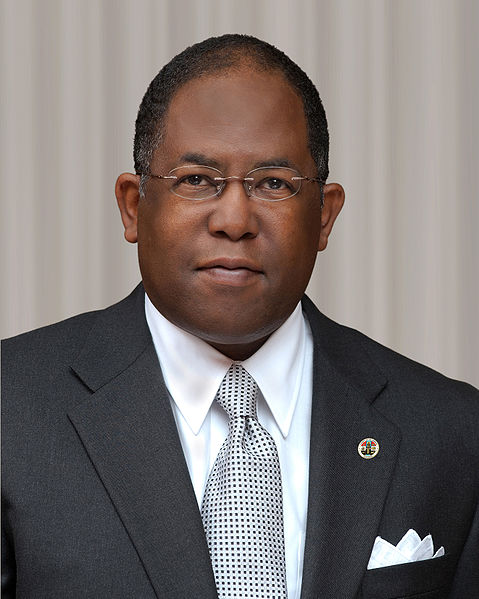 The political champion along the way was County Supervisor Mark Ridley-Thomas, who as an MTA Board Member kept the project on the drawing board, strategically positioned it to be eligible for hundreds of millions in federal funding, and brought the community, business, labor, faith-based and political groups together, as only he can. Ridley-Thomas welcomed the opportunity to use his board seat to represent our community for safety, equity and jobs and offered the Crenshaw subway motion.

In the lead up to yesterday’s MTA Board meeting, we flooded the board secretary’s email box. Then when the meeting was called to order, with the senior staff of our elected officials by our side, we – the community – articulated a message in unison and so impassioned that even westside Supervisor Zev Yaroslavsky, an opponent of subways anywhere except around his Fairfax District home, had to vote for it.

At each stage, everyone of you, through your conversations, phone calls, emails and presence played a critical role in our victory yesterday. It would not have been possible without your diligent attention and actions.

Within 6-months, MTA staff will present a report on building a subway in the segment between 48th and 59th Streets to the MTA board. We will likely need to be at that meeting as well. MTA staff will also be conducting community meetings about things such as station area planning, likely in the late winter/early spring. And on the contract (jobs) front, the primary contractor for the $10 million study, Hatch Mott McDonald, has been directed to diversify the make-up of their primarily Orange County-based team. We will continue to monitor this process closely, and remain prepared to protest if the changes are not sufficient at this stage in the process.

On the Expo Line front, another CPUC Public Hearing, similar to the one held two-years ago (YouTube video), will be conducted to receive community input on the Farmdale crossing at Dorsey H.S. As reported in this week’s L.A. Times article, that decision is still being made, and we’re still fighting the Expo Authority in the courts. The Fix Expo position is that additional cost and delay to the project are acceptable ONLY for safety improvements in South L.A., something the MTA has long known are necessary. All other cost overruns are unacceptable and a product of waste, fraud, abuse and incompetence. It is why, among other reasons, we’ve requested that Expo C.E.O. Rick Thorpe be fired.

We all must continue informing our fellow citizens about these two major projects in our community.